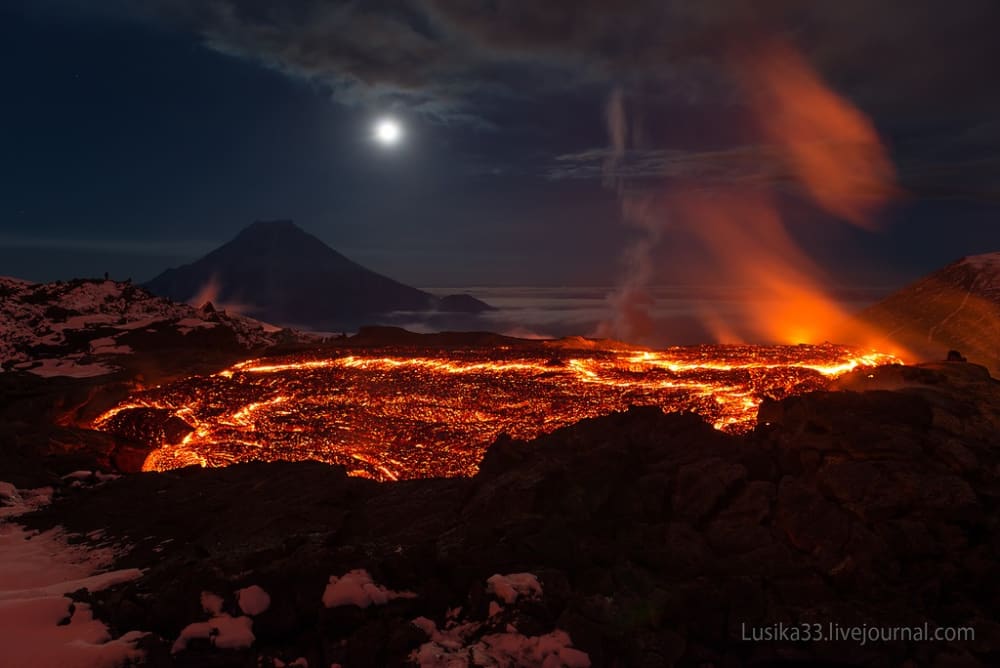 The next adventure - A land far, far away with fire breathing mountains

Kamchatka is somewhere I heard about many, many, many years ago, saw some photos and thought wow I'd love to go there. Little did I know that one day I would get the opportunity.

Kamchatka is somewhere I heard about many, many, many years ago, saw some photos and thought wow I'd love to go there. Little did I know that one day I would get the opportunity. Richard and I have been invited by Berghaus athlete Julia Pickering to join her on an expedition. The aim of the expedition is to become the first people to climb and snowboard down the largest active volcano in the Northern Hemisphere, Kamchatka in far eastern Russia. 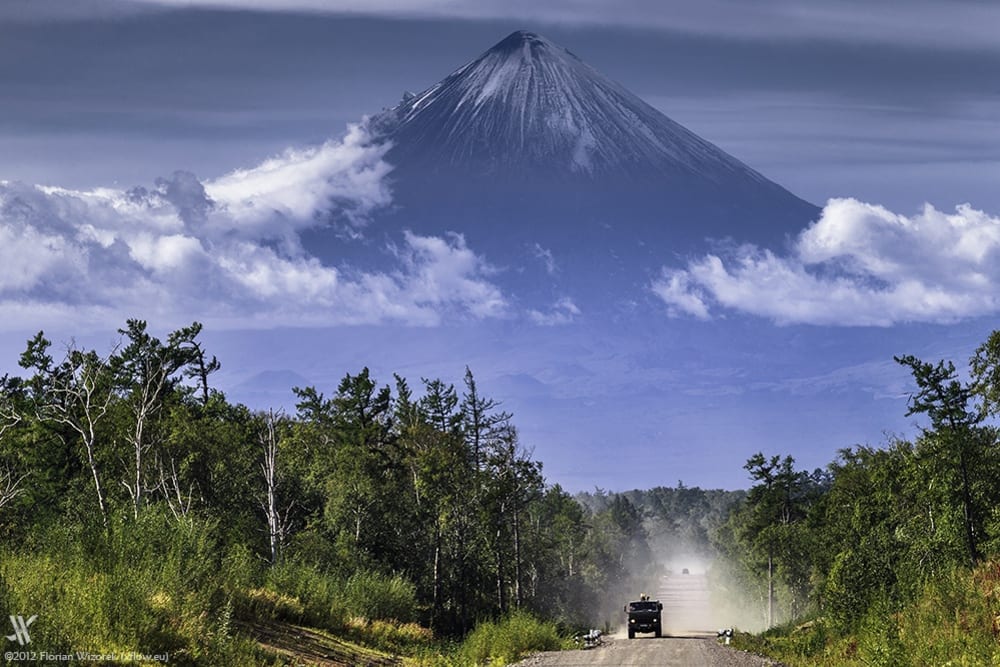 Klyuchevskoy Sopka 4750m is a stratovolcano, the highest mountain on the Kamchatka peninsula and the highest active volcano in Eurasia and one of the largest volcanoes in the world.

If the weather allows the team will also attempt snowboard descents of other nearby volcanos such as Ushkovsy. We fly to Petropavlovsk-Kamchatsky via Moscow and take a 10 hour 6WD bus journey to Klyuchi. A Russian military base, Klyuchi was only opened up to foreigners in 2010. The following day we will travel by snowmobile to the northern foothills of Klyuchevskoy as far as the volcanologists hut at 1650m. So what are we likely to see there? Well Kamchatka has the largest population of brown bears in the world, who will be waking up from hibernation whilst we are there. The penninsula is also the breeding ground for one of the largest eagles, the Steller Sea Eagle. Other fauna include wolf, fox, wolverine, lynx, big horn sheep, moose and reindeer amongst many other animals. Quite what we will see whilst we are there you will have to wait until we return because I have no idea.

Kamchatka is also famous for it's volcanoes. There are around 160 of which 29 are active. Klyuchevskoy Sopka last erupted in January of this year. It's neighbour Tolbachik has been famously erupting (you may have seen it on tv) and is around 20km from where we will be . Whether the trip is successful or not, one thing for sure is we are in for a trip of a lifetime. You can follow our expedition on the Spanish Highs Mountain Guides website. The page goes live on 10th April. If you have twitter you may want to follow us on there @kamchatka2013 I would like to thank Florian Wizorek for allowing me to use the first photo you see in this post.

Khyra's Mom: We do a walk or two - But nothing nearly as exciting as what you'll be embarking upon soon - ;-)

Jenny Steiger: I think you are so brave and adventurous, it makes my adventures look like a walk in a very small park. I wish you all the very best, and look forward to hearing your tales of the unexpected! Bravo, y buena suerte. Jenny.