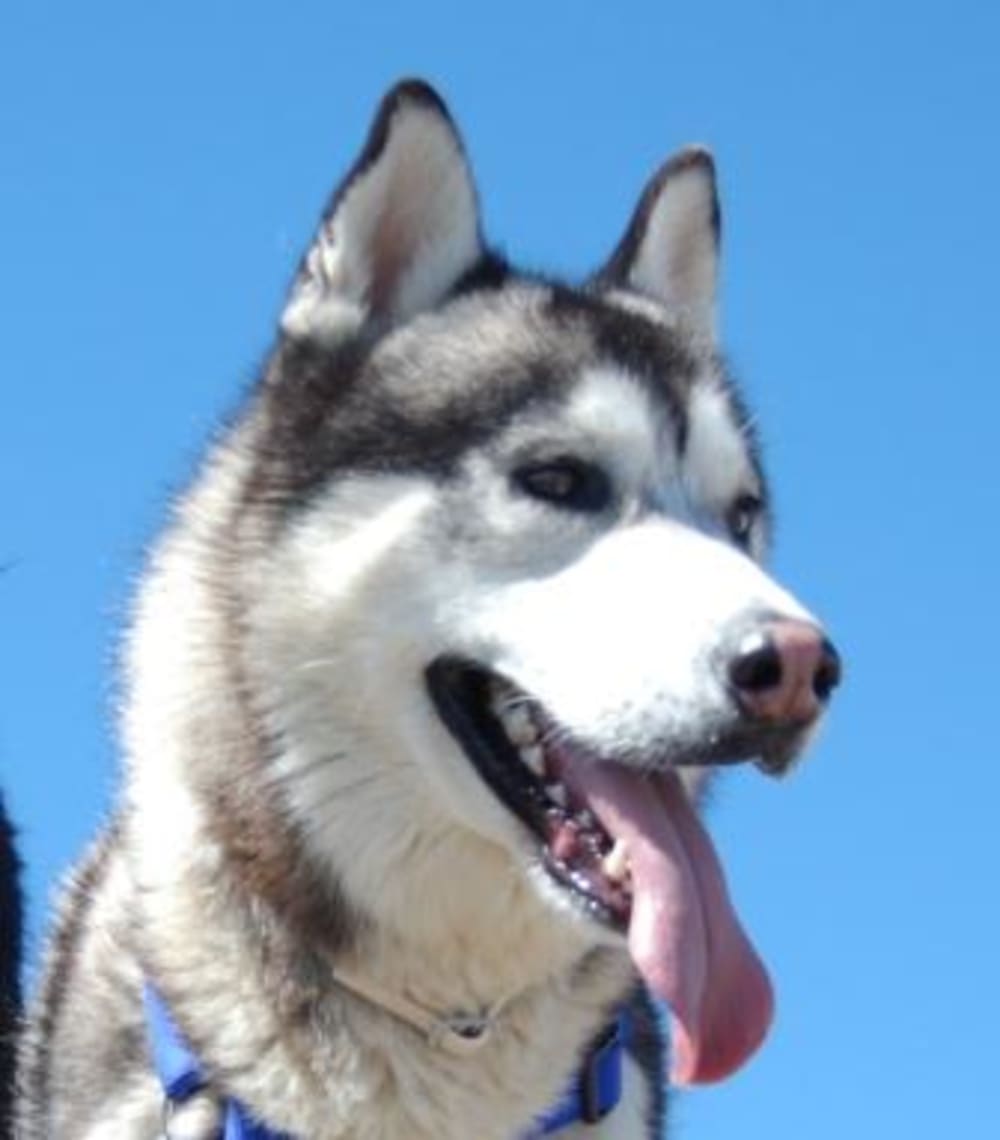 This post is written as seen through Khumbu's eye's! I'm Khumbu, you will probably have heard about me, im a nearly 3 year old male Siberian Husky who loves to run, dig, talk, jump and destroy.

This post is written as seen through Khumbu's eye's!

I'm Khumbu, you will probably have heard about me, im a nearly 3 year old male Siberian Husky who loves to run, dig, talk, jump and destroy. I particularly like the snow and water. I'm an intelligent sort of chap, inquisitive, playful, stubborn and charming.

I was born in Spain, not in Andalucia where I live now, but in an area north of Madrid near the Sierra Gredos, I don't remember much about it there as I left when I was young, in fact I was the first of the family to leave home.

You know what they say about Siberian Huskys? "_they always want to be where they are not" _do you know how true that is! My humans decided one day it would be a good idea to harness the suns energy and worked out the best idea for them would be to get a solar water heater. "Great idea" all said, "save money on electricity", "use something we have plenty of"!

The men came, removed the electric water tank/boiler and installed the new solar one. Some of the pipes are covered in insulation, how much fun is that for a Siberian Husky!! Humans realised straight away there was a problem with where the solar water tubes had been installed, it was on MY favorite terrace. They have tried various defences against me, they built a wall, I pulled the wall down, what do you expect when they don't cement it together, they put up a fence, I broke the fence, ive jumped the wire fence and broken a gate.

At the moment they have tied pallets to the wall with wire, this is stumping me a little, so I have taken to going up my usual way, which is up the bank by the swimming pool. They have put a pallet and an old chair there but this has not stopped me. I have a bit of fun in the early hours of the morning I go up onto this terrace and the best part is I cant get back down because their defenses stop me going down safely, so I sit by the gate and continually bang it until they come and let me out.

I always make sure im looking my cutest and wag my tail when they come stomping up in the dark, it always works a treat. I have to agree with them though, it does look a mess now until they come up with something better. 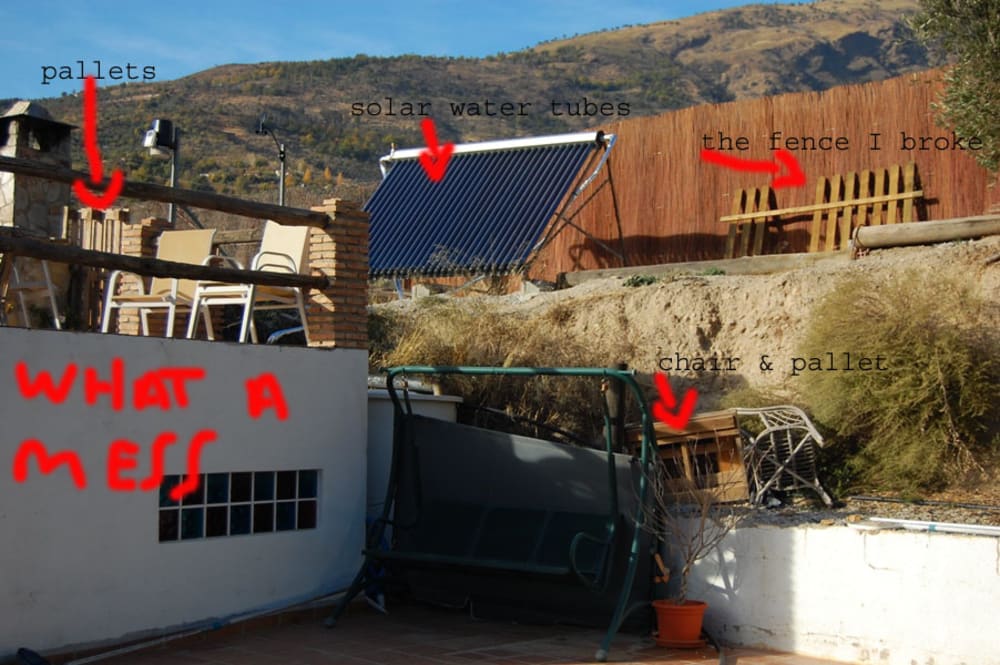 The Thundering Herd: Ah, yes, we are very familiar with this ongoing battle. Our humans have many baby gates - despite no babies.