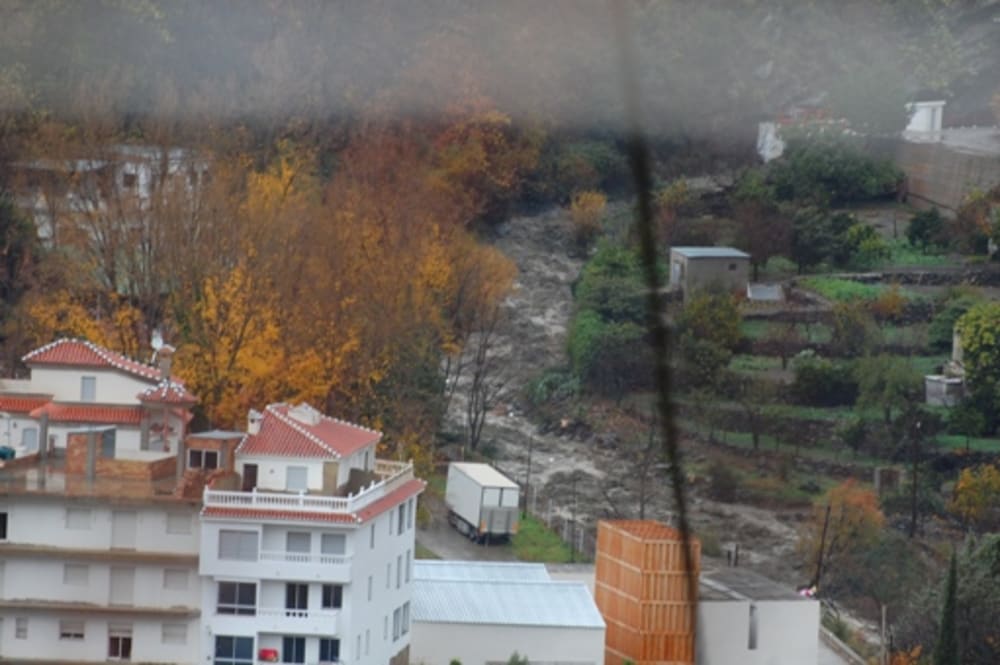 After the rain comes more rain

My last post about the weather here in Andalucia was written before the great deluge that arrived on our town of Lanjaron on 24th December, yes Christmas Eve. We recorded a massive 81mm of rain on that day!

My last post about the weather here in Andalucia "Whats with the weather in Andalucia" was written before the great deluge that arrived on our town of Lanjaron on 24th December, yes Christmas Eve. We recorded a massive 81mm of rain on that day!

Needless to say there has been damage in Lanjaron with our house included. Nothing major luckily just more jobs to add to the list of things to do. Our house sprung a weeping wall in our bedroom at 2am, the spare bedroom had leaks, the lounge had seepage through our nice newly plastered wall and the bathroom wall just seemed to soak up the wet from outside. There was a landslip into the acequia above our house which made all the water gushing down the acequia run down the side of our house, hence the weeping bedroom wall. A terrace has collapsed on our land taking out the kiwi vine and trying to bury a lemon tree.

The gentle Rio Lanjaron became a raging torrent and has made itself wider, taking potatoes, trees and goodness knows what else with it. The look out over the river has been closed off as the river is trying to take that with it too. Newly tarmac roads up the mountain have been cut off due to landslides, trees, and rocks. On one of the new roads the tarmac has bent over the edge of the mountain and is starting to break up. The school was struck by lightning, a terrace collapsed on to a car, many houses have been flooded. The well trodden path to the Poqueria Hut is no more, landslides, bridges washed away and flooded areas have made access via the Poqueria Gorge an adventure.

Today we have had clients abandon what is normally a gentle walk along the GR7 because the paths have been taken away by landslides and made route finding impossible. So whats the forecast for the next week? Guess what more rain! 1st and 2nd January 2010 are due to be dry, lets hope so. This picture shows our attempts at making our house water tight. Also shows the new extended chimney for the aga. 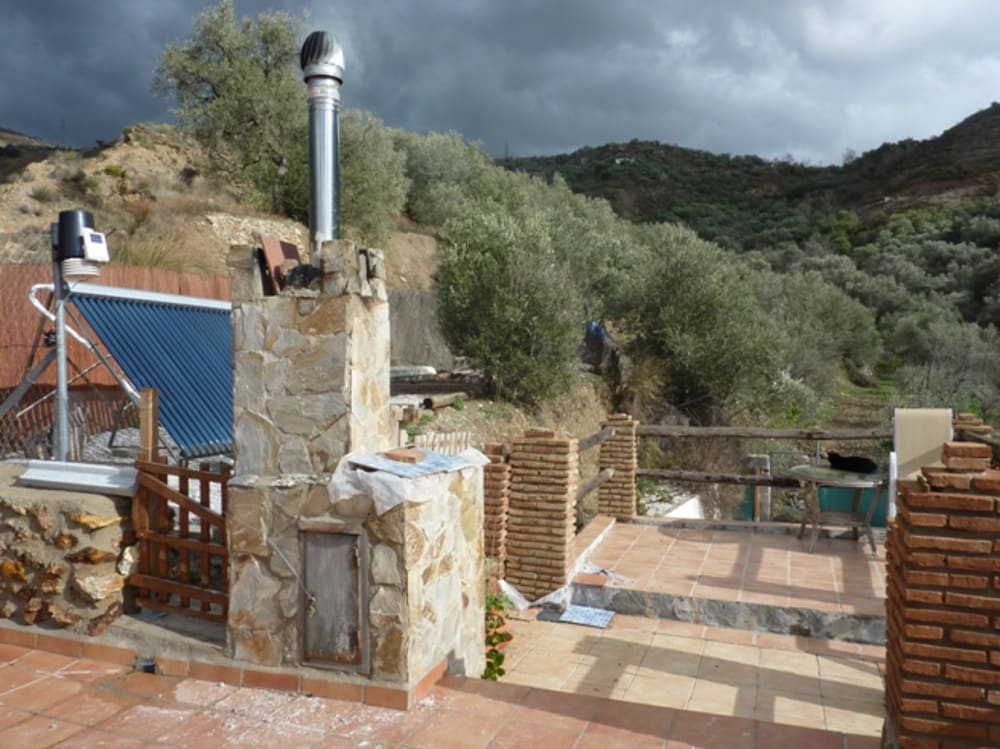 This picture shows our collapsed terrace, with the kiwi vine gone and the lemon tree just about holding on, we removed a big rock that was against the trunk. 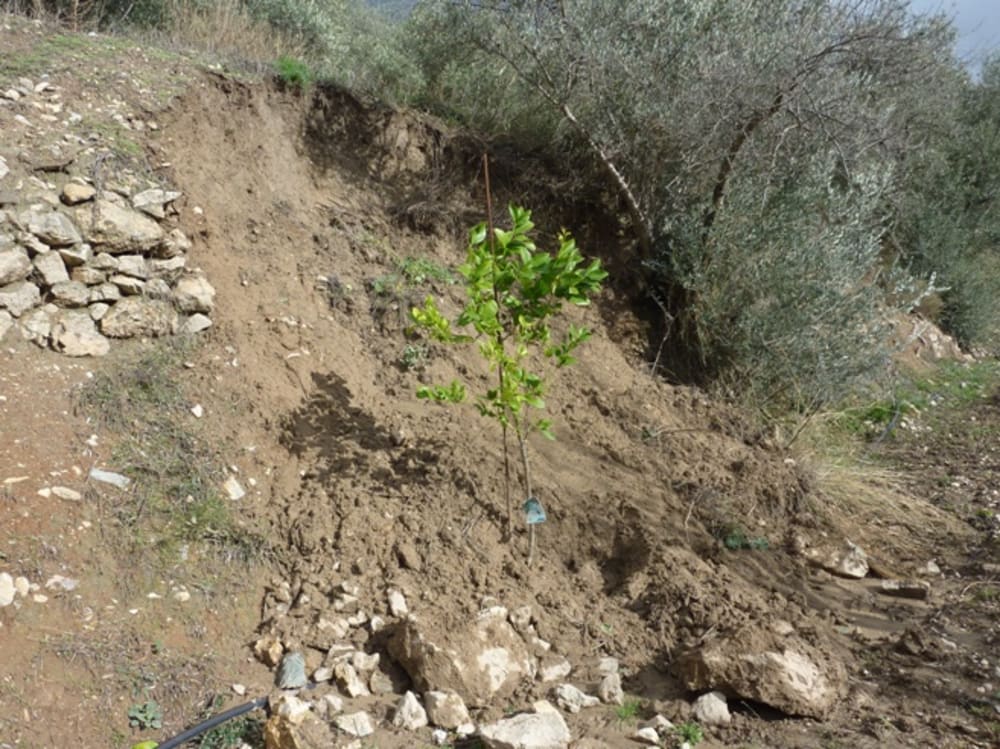 This picture shows where the landslip into our acequia happened, the rocks removed and my attempt at a barrier with sand to make the water run down the road rather than our house. 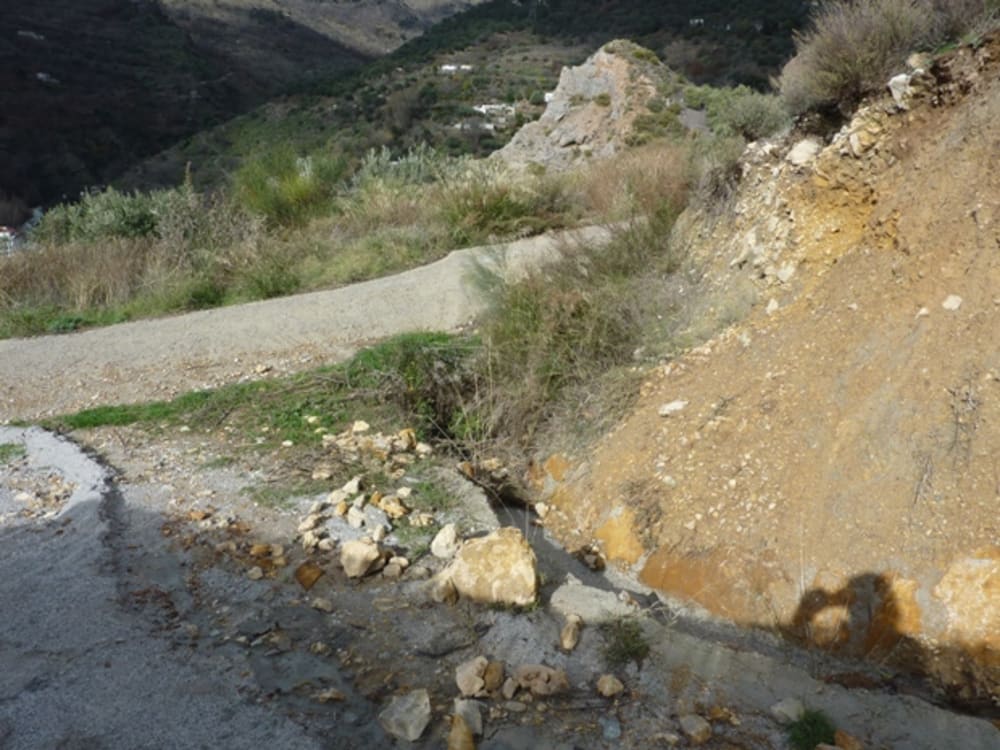 This picture was taken from our house on 24th December as the Rio Lanjaron started flooding, you will notice the difference 4 days later on the pictures below. The Rio became a great source of entertainment to the locals as they had not seen the river like this for many many years. Notice the position of the white trailer.

These last 2 pictures show the damage caused by the Rio Lanjaron. The white trailer you can see is now only a few meters from the edge of the river. On the 2nd picture you can see the view point being washed away, the nice building behind is the water museum! 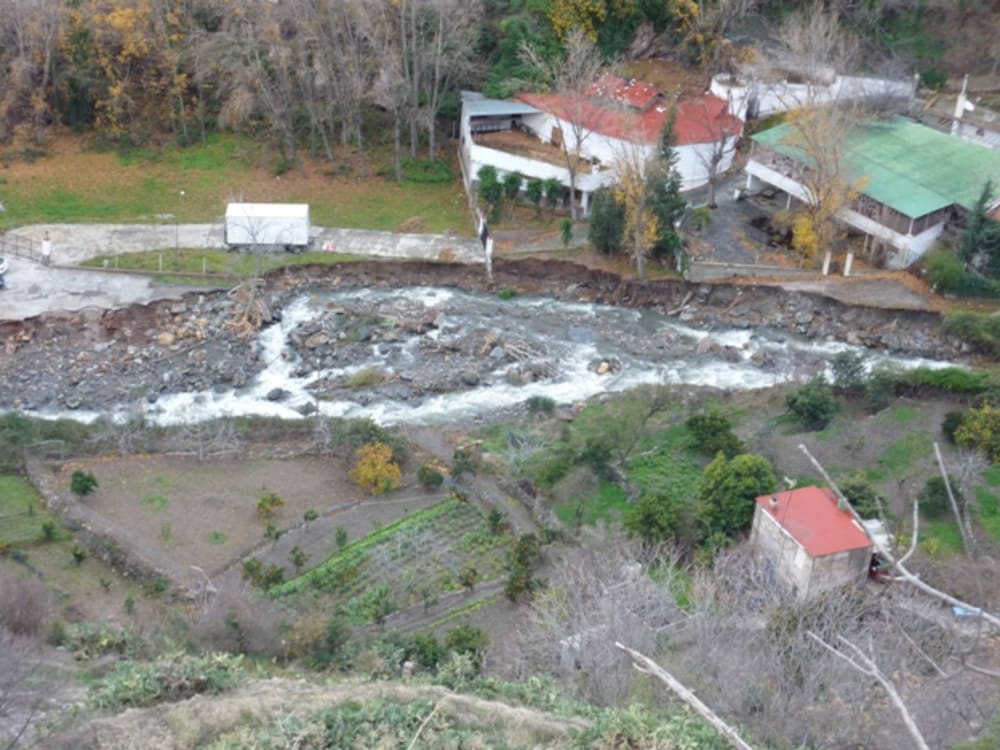 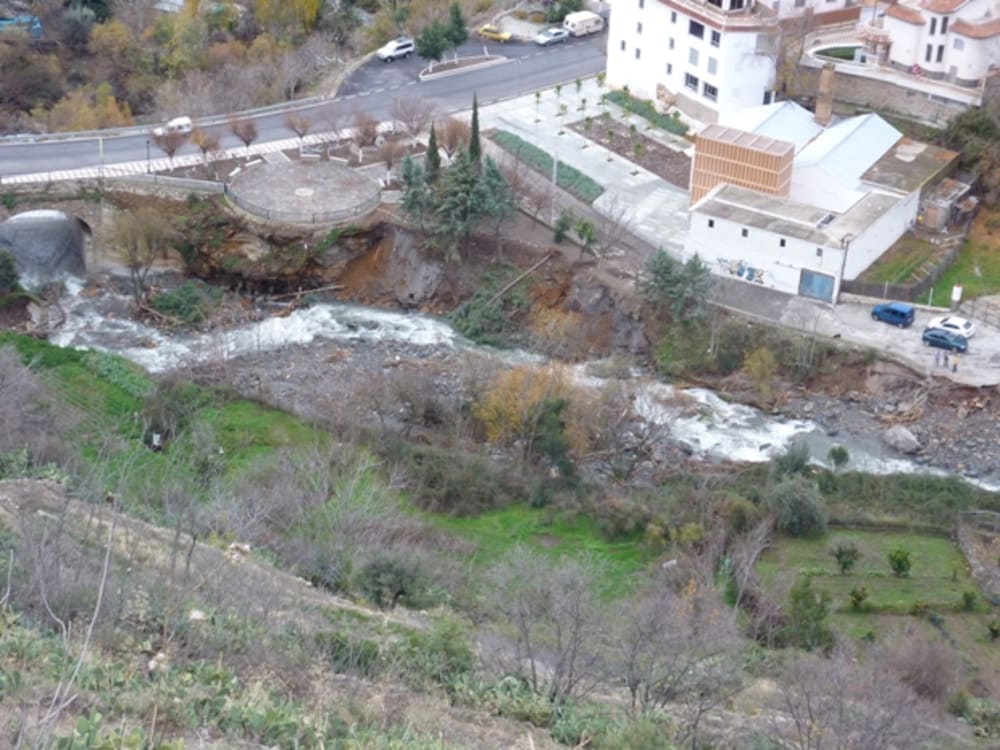 mike shannon: Unreal!!! Was anyone hurt? I will be moving to the Lanjaron area June 2010. Opening a Backpacker retreat...hopefully get some land not so prone to mudslides.(Any ideas?) Cheers Mike Shannon