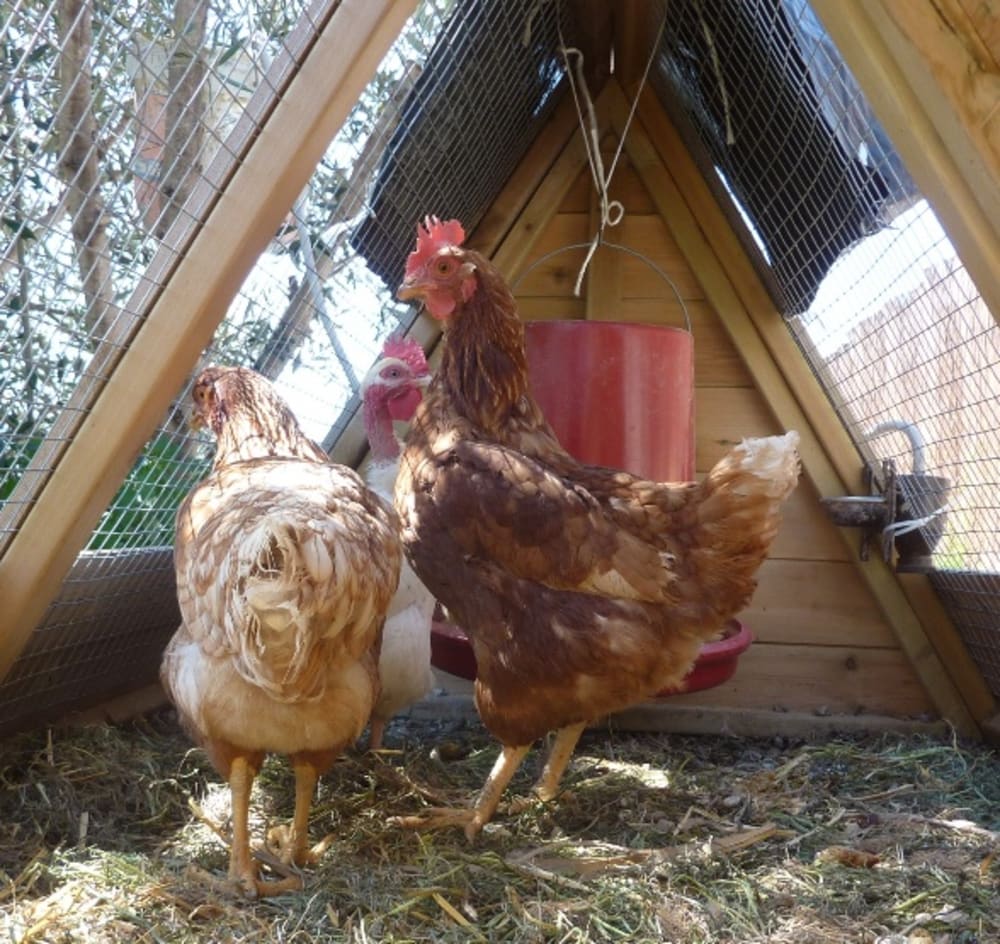 We have discussed getting chickens for a good year now, first of all we decided we were not responsible enough to have some, then a couple of months ago we decided we were. We settled on 3 to start with to see how we got on. 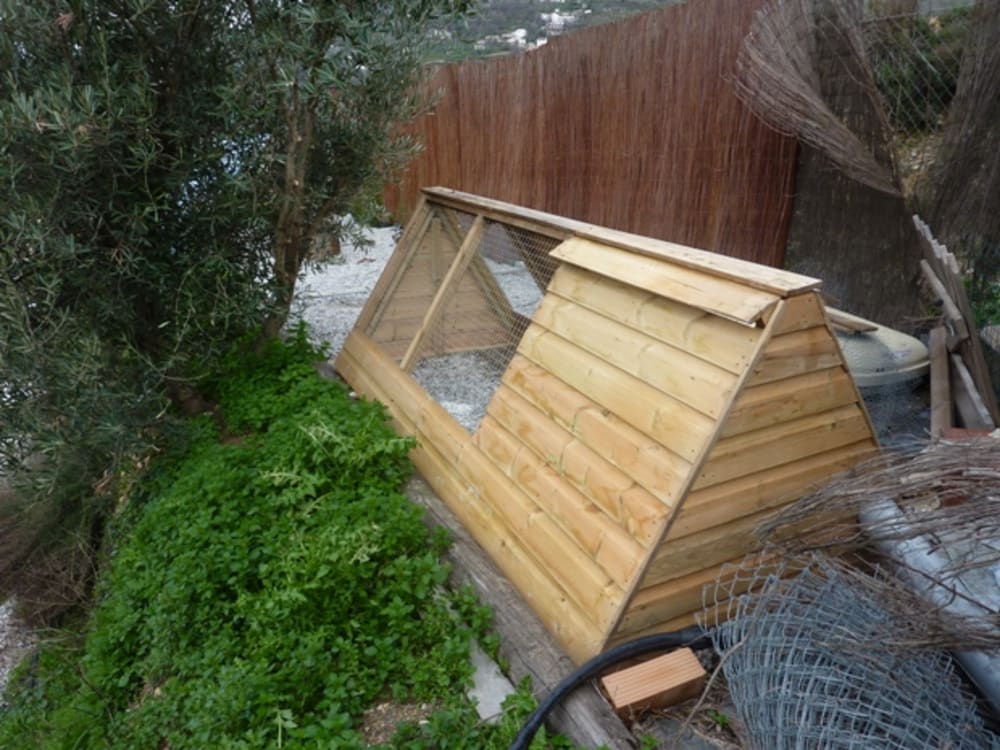 Our good friend David gave us a spare A-frame pen, known as an Ark and Run. We built this on the top terrace where the dogs are not allowed and foxes cant get in! We mentioned it to our Spanish neighbour who then, a couple of days later, turned up with a bag! Inside the bag were 4 chickens. Hmmm 4, the pen is really only suitable for 3 but us being polite British we accepted the gift from our neighbour. The dogs were very interested, especially Khumbu. They managed to scale the vertical swimming pool terrace and would not leave them alone. Unfortunately within 24 hours, we had 1 escape and Khumbu caught it, needless to say we now have 3 chickens! We have erected more fencing to stop the dogs from annoying the chickens. 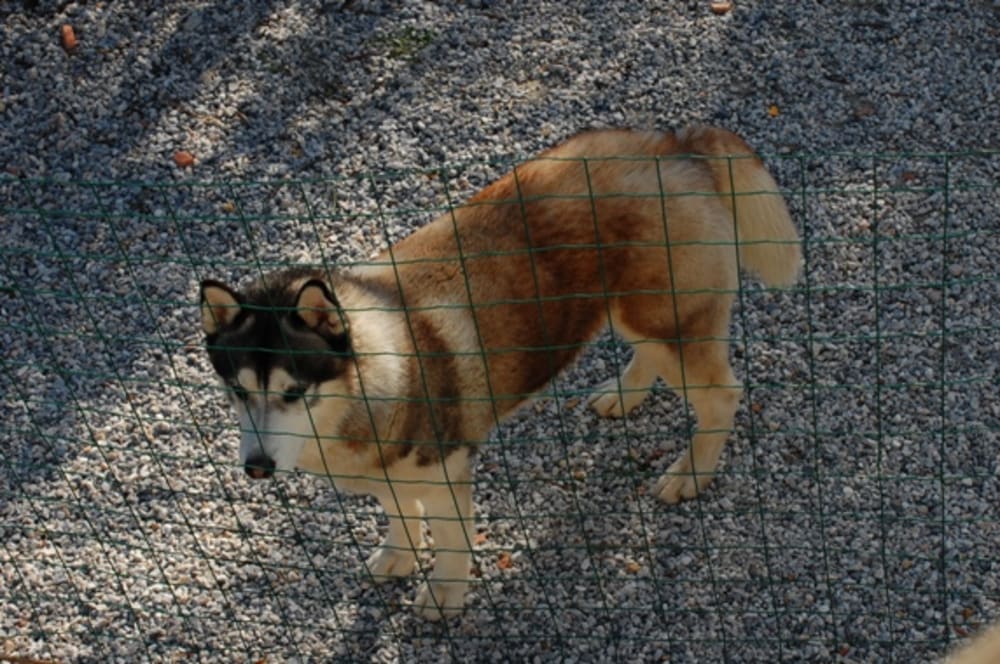 They are a strange looking bunch but rather sweet, they have odd little habits and make rather cute noises. We get 1 egg most days, I think its the white hen who is laying as ive caught her in the act! 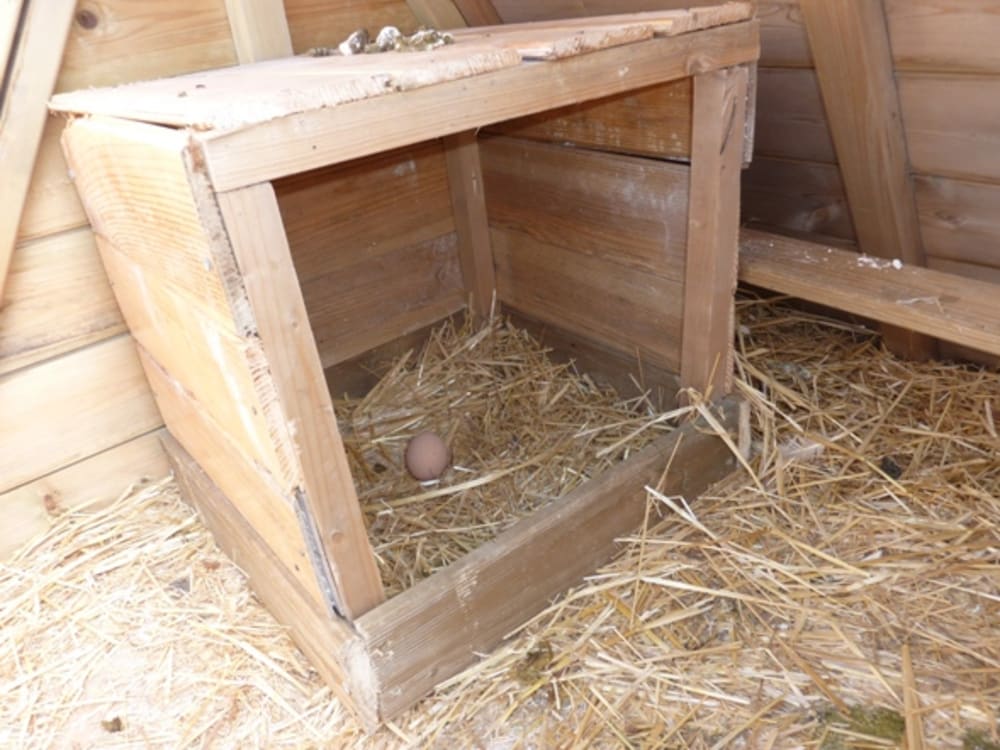 Richard built them a nesting box to encourage the other 2 into laying but so far, still just the 1 egg. Words will have to be had soon with the other 2. 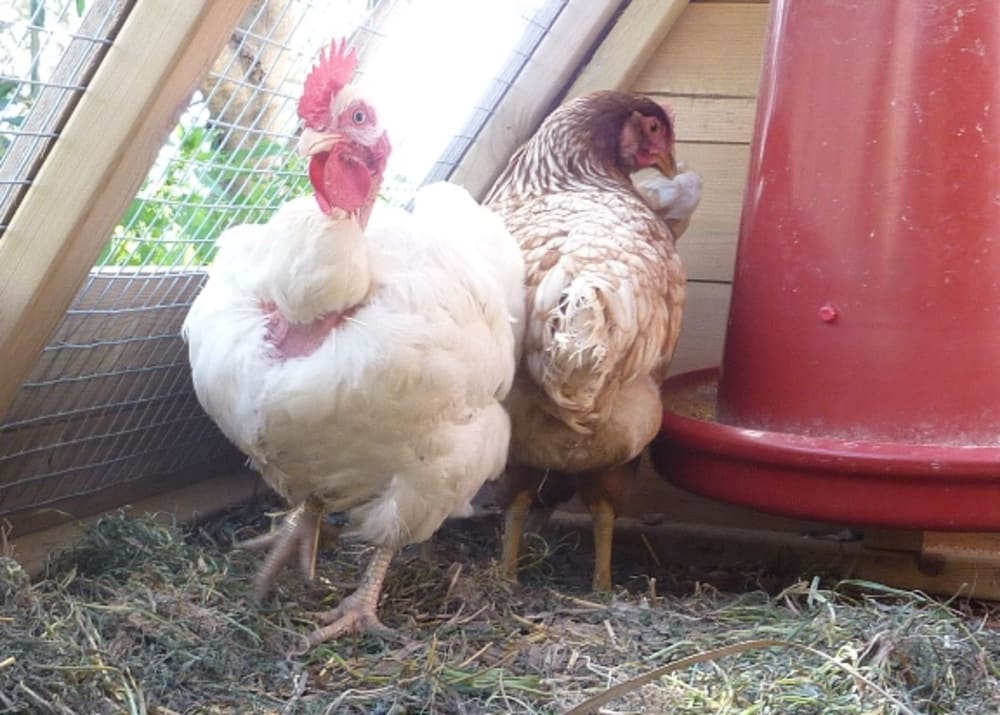 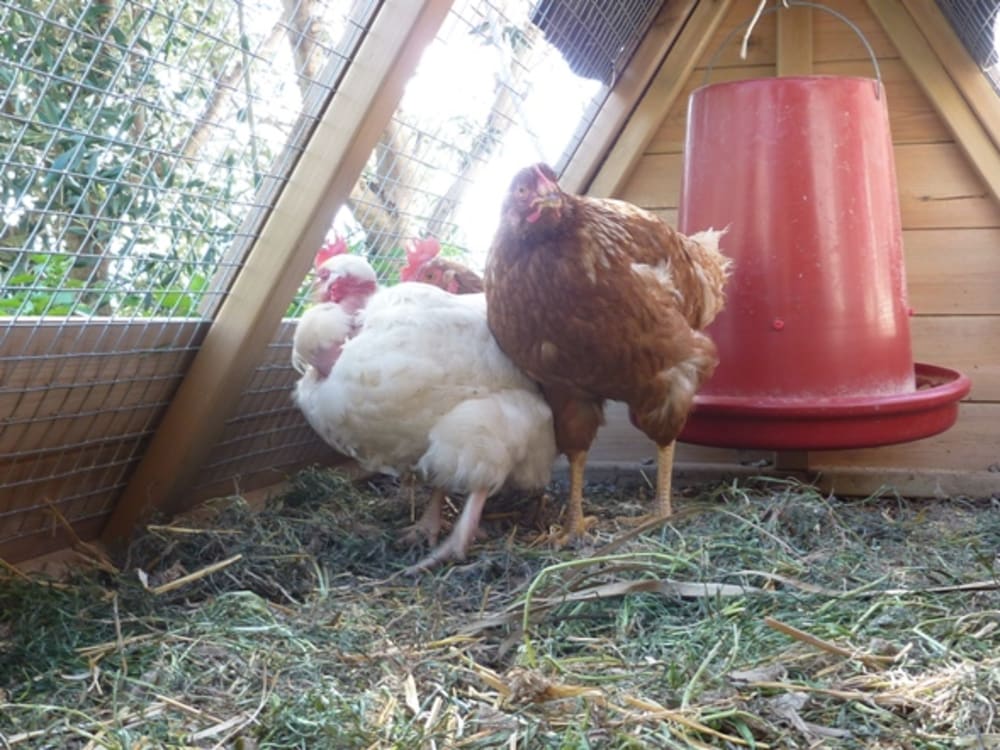 I did name them before we got them, Aspen, Vicky and Ann! But im beginning to have a re think, maybe Blanca, Giant and scardy pants might have been better?? I would like to thank Victoria Twead (author of Chickens, Mules and two old fools) for her help and advice on the chickens, she has had to put up with me emailing her with ridiculous questions.

Victoria Twead: Awww, they're lovely! Naughty Khumbu, but the remaining 3 seem settled. When the younger ones start laying, you'll get an egg 6 out of 7 days a week from each. (Well, we all need a day off, don't we?) And your questions weren't ridiculous. We knew NOTHING about chickens when we first got ours. Victoria PS Never had a chicken called after me before - very proud!