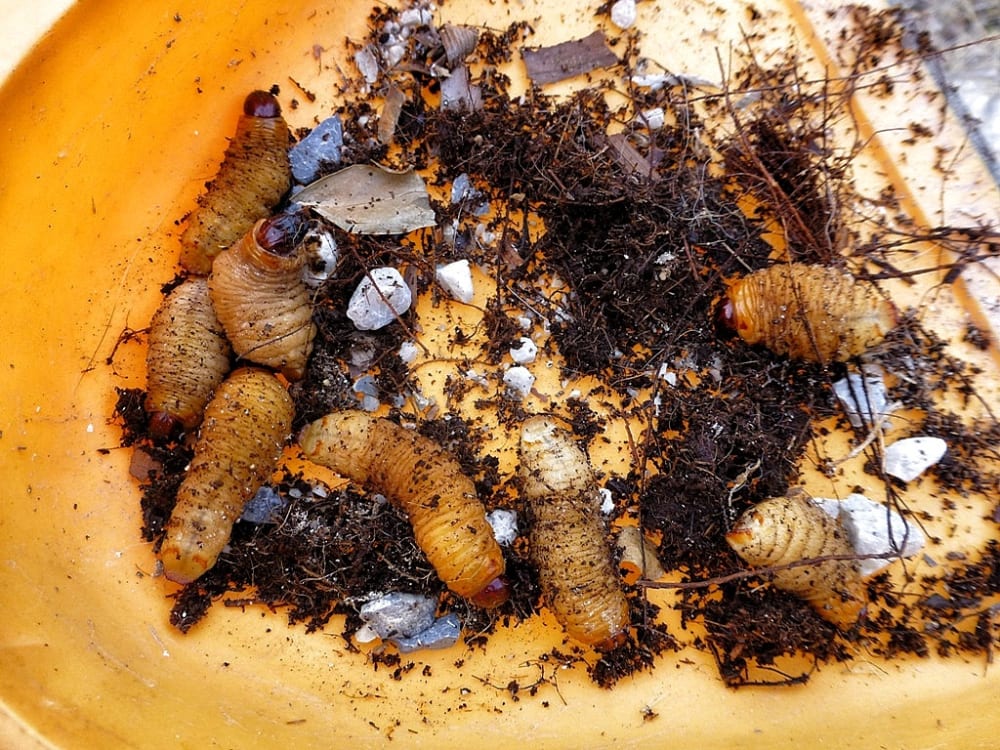 Many times I've stood next to the palm tree in the garden and thought the tree sounded alive. Little did I know it was actually being eaten alive.

Many times I've stood next to the palm tree in the garden and thought the tree sounded alive. Little did I know it was actually being eaten alive. I have mixed feelings about this tree I hate it because it spikes me quite often and when it spikes you it really hurts and the spikes are incredibly dangerous to the dogs but I hate to think that it is ill and something is killing it. 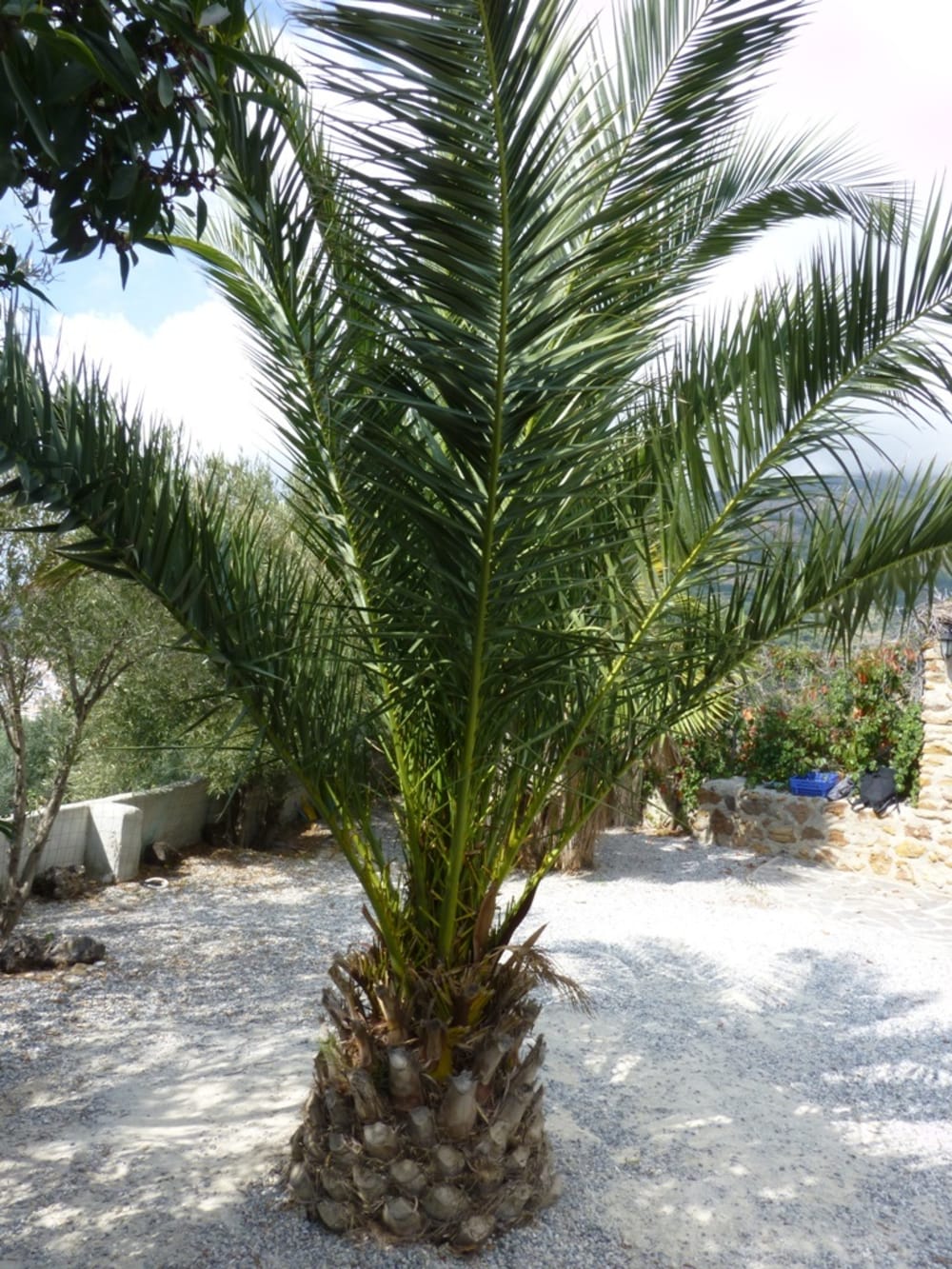 Anyway one time I was outside and this insect came out of the tree. I took a photo and posted it on Facebook, it wasn't long before I had an answer, the palm tree was infected with red palm weevil and death would follow. There were a few ideas on how maybe to get rid of the weevil but all of this needed poison and that I will not let in the garden. So it was just a case of waiting. In the meantime I'd found out it's best to burn the trunk to help stop the spread of the weevil, unfortunately for us we have not had any significant rain since May, fires are still banned. Burning is not going to happen any time soon. 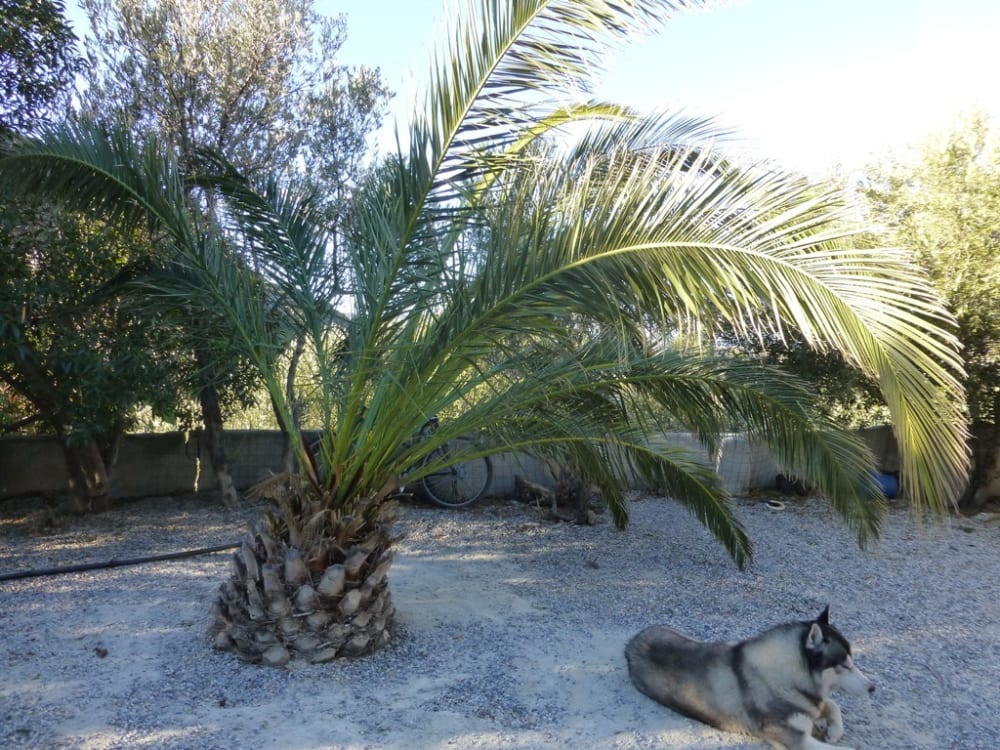 One month after I put the photo on Facebook we had a windy day and the palm leaves mostly fell to one side. It was time to cut them off. Which I did and got spiked. Then today, Pepe has been here working and pulled what was left of the palm tree and it split open. Well I guess today is the day we have to do something! 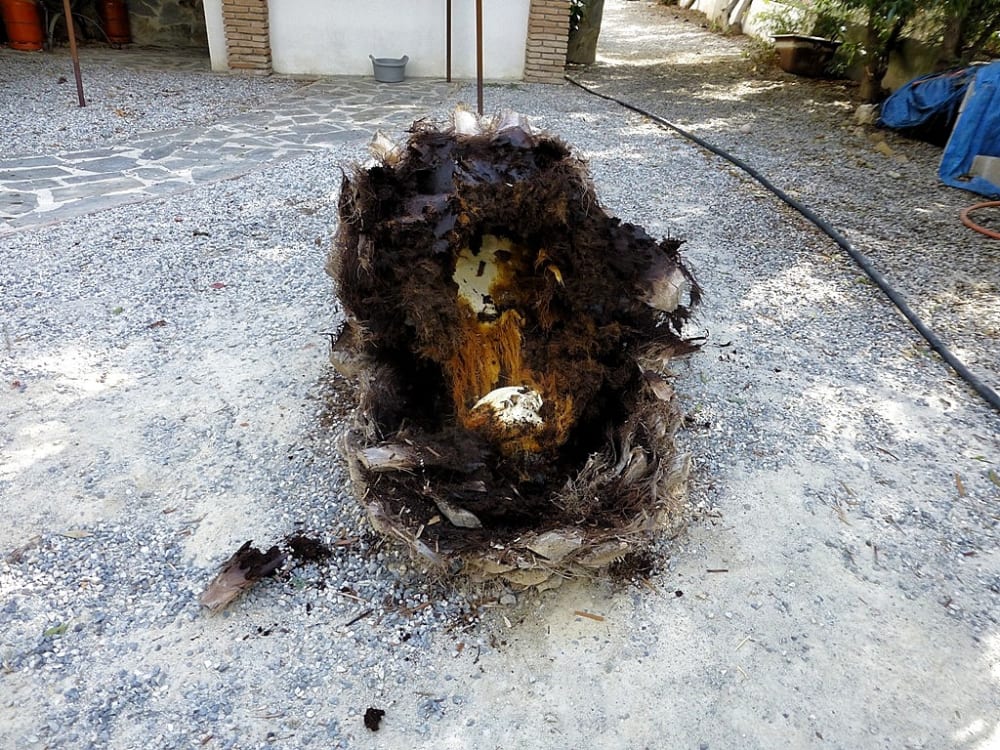 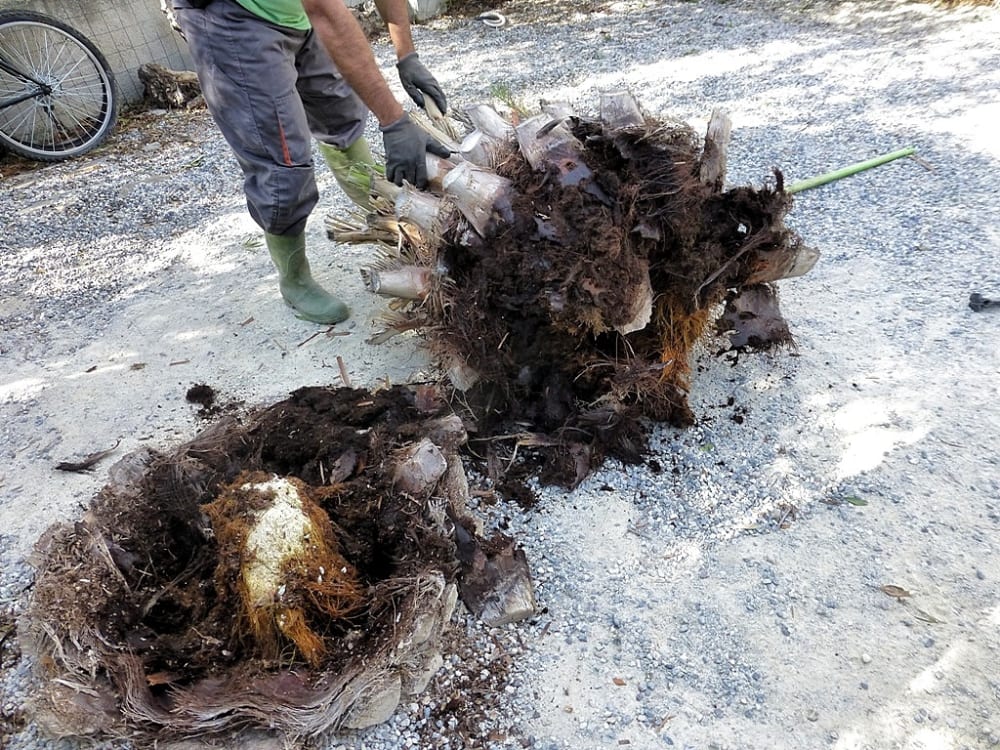 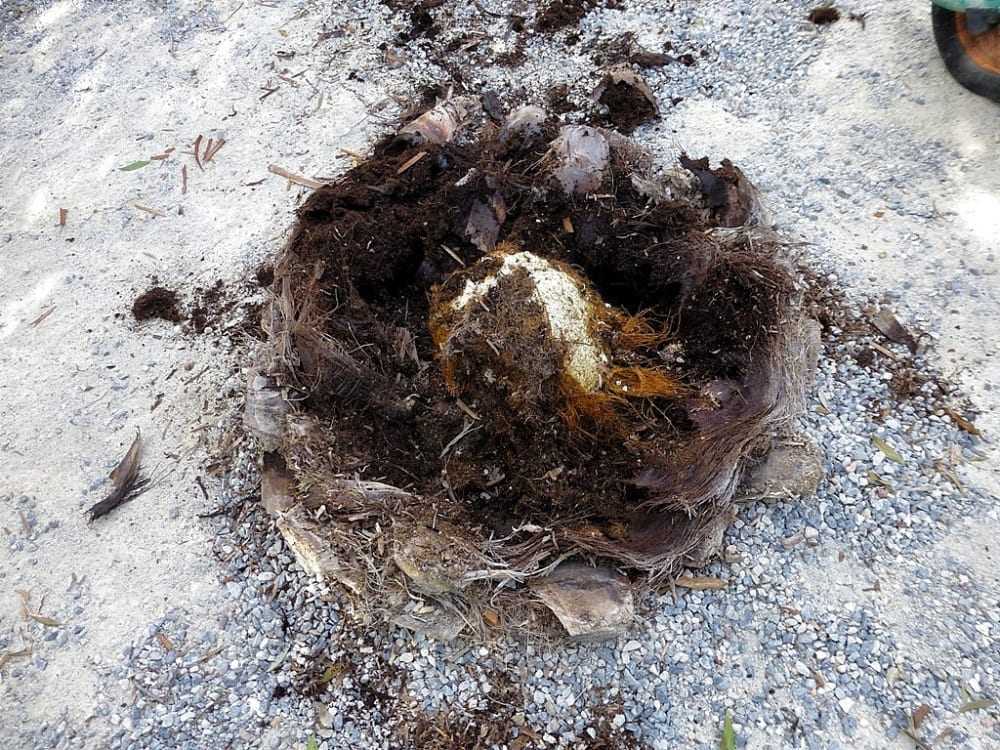 The heat from inside the palm was amazing, and the stench was disgusting. There were larvae grubs everywhere but only one adult weevil found. The three of us were gagging, it was like something from a horror movie, yeah okay we are not very brave. 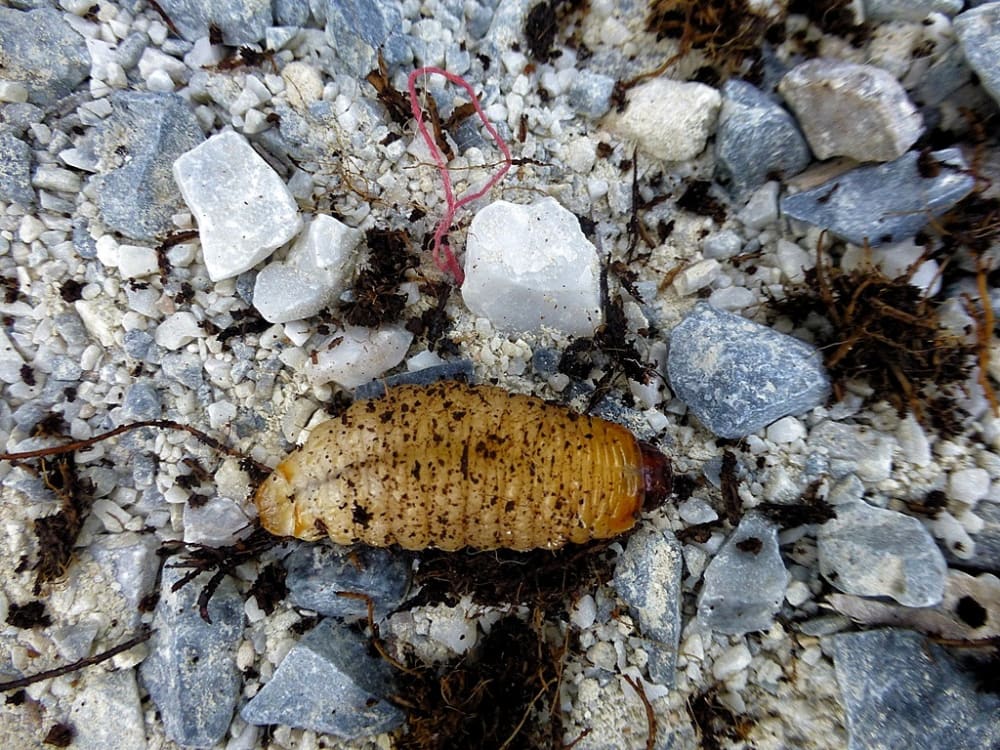 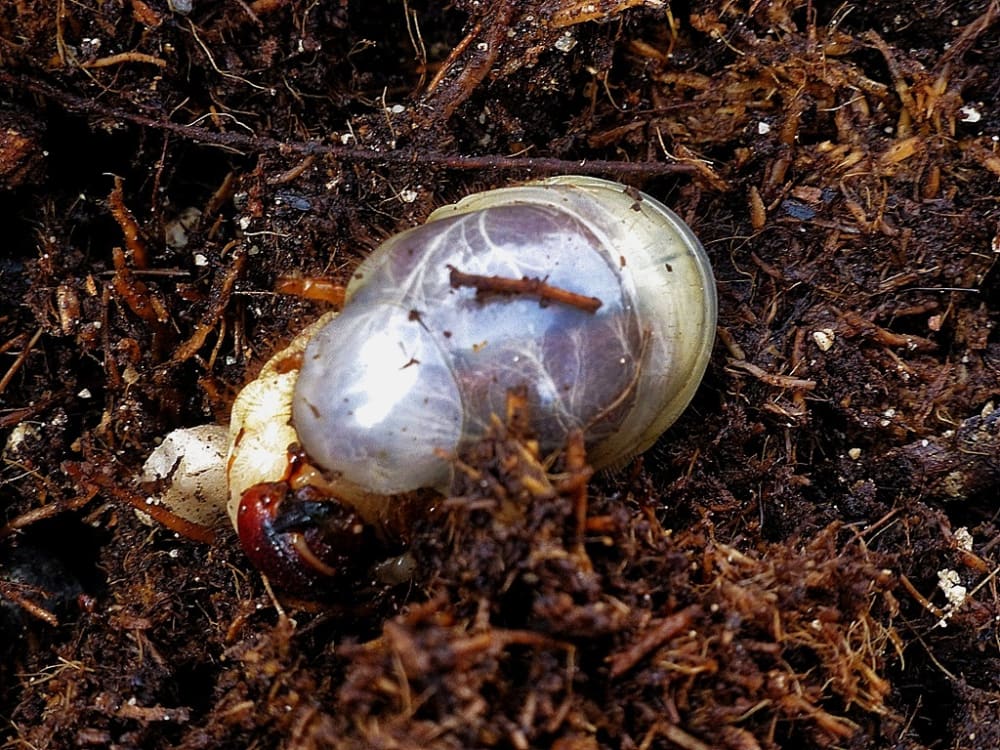 More information on this weevil and it's world wide destruction of palm trees. A short video of today, watch if if you're brave enough!