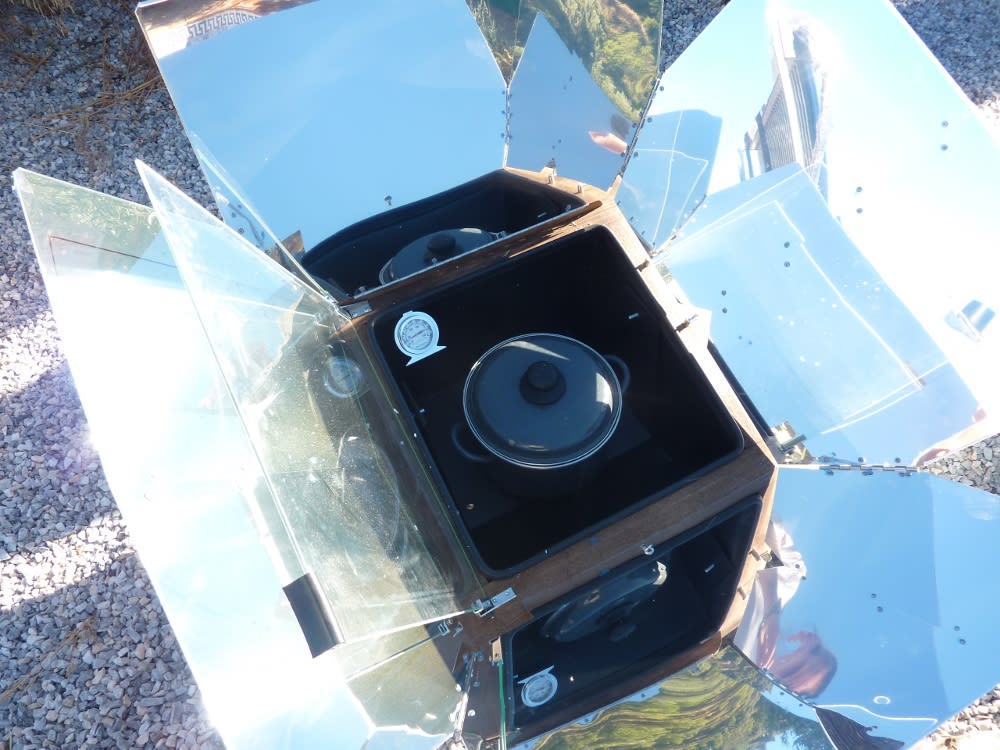 Harness the power of the sun, so we did, we brought a solar cooker! Its called a Sun Oven

Harness the power of the sun, so we did, we brought a solar cooker! Its called a Sun Oven and was purchased from these people who run a very efficient site.

It arrived late Wednesday evening and by the end of Thursday we had cooked Patatas a la Pobre and a whole chicken. The Patatas a la Pobre took around 2hours to cook (maybe less but we were had gone out) and they actually cooked better than either of us can cook them ourselves. Usually our attempts turn into mush! The chicken cooked in around 3hours and the meat apprently was lovely and was moist.

The good thing about this cooker is 1) its free, no electricity, 2) it does not warm the house up on top of the natural heat of the day because it sits out in the garden 3) you can not burn food in it, 4) you can not over cook the food. Its like a slow cooker and has no intense heat underneath the pot, the heat is all around it. Today we have chilli!

Its going to be a big help to us when we have had a long day in the mountains, our dinner will be ready for us when we return. Its a great purchase if you live in a sunny climate.