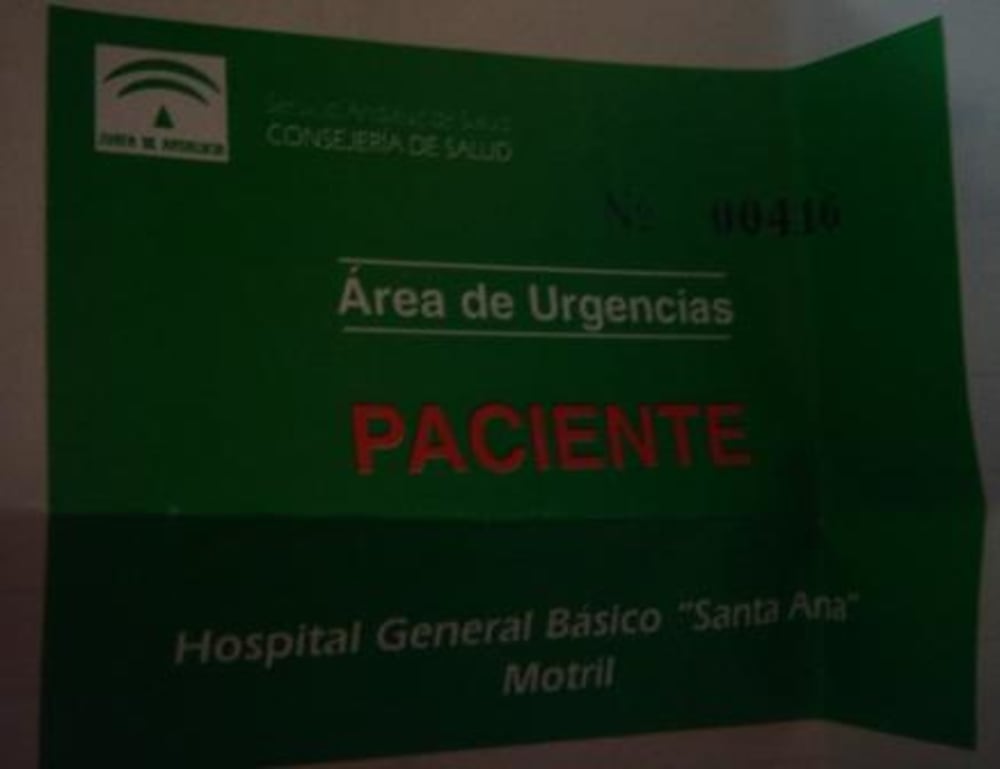 All in 4 hours - Snow to coast

I took advantage of this calm behaviour and opened the car door to get my sunglasses out (just in case) and before I knew it Khumbu had run round the door taking my hand with him and trapping my finger against the open car door.

Spanish Highs had 4 clients on Wednesday and having had lots of snow they were split into two groups, 3 for winter skills/alpine introduction with Mike and 1 for ski mountaineering with Richard. We thought it would be a good idea to take Khumbu and Bruno along as well, with me on snow shoes, and see if we could get day one of Khumbu's skijoring career underway. Because it wasn’t the best of days in Lanjaron, ie raining, we umm’d and arr’d about taking the dogs but decided we would as I could always bring them back on my snow shoes. So in 2 cars we drove an hour or so up to the ski centre in the Sierra Nevada. We were unable to get to our usual start point of 2500m due to snow still being on the road, so the un-open ski centre (now due to open 15th November) would have to do.

We started to unload the gear and get ourselves ready for a cold day in the snow. It’s unusual not to have the sun here as it’s known as the sunniest ski resort in the Northern Hemisphere. I got Khumbu out of the car, got him in his harness, he had a little scoot around in the snow and then sat by me waiting for the off. I took advantage of this calm behaviour and opened the car door to get my sunglasses out (just in case) and before I knew it Khumbu had run round the door taking my hand with him and trapping my finger against the open car door. For me the rest is a little blurred - apparently Mike says he heard a small scream and came round the corner to see me not knowing whether to sit or stand, he thought I was going to pass out.

When I first looked at my finger I thought, "Oh, God, I’ve severed it," the cut was so deep. Then the blood arrived!! And it wouldn’t stop! Mike was telling me to take deep breaths and Richard was telling me to put my hand in the snow, and I was saying, "I think I need to go to hospital." After what seemed like 5 minutes it was decided I would have to go to hospital. Somewhere during this time I had also decided my finger was either broken or dislocated, no idea why except I seem to remember it looking rather odd! The dogs were put back in the car and the ski mountaineering client was handed over to Mike. My hand was packed with snow, a mitten placed on top taped with gaffer tape and a buff wrapped around to keep it all tight. A sock was placed around the bottom of this home-made bandage to mop up the blood that was leaking out. We said our goodbyes and left the ski centre car park looking as though a murder had taken place and headed off to the hospital in Granada.

I had my arm above my head but was still leaking blood all over the new car and Richard was saying, "Don’t worry, you have plenty more". We eventually got to the hospital, joined a queue and realised quite quickly that we were going to be there a very long time. Whilst we were waiting we read the notices saying that you need to have your ID. Here in Spain you have to have your ID card (for us foreigners a residencia card and passport) with you at all times. Now, like an idiot I had none of the required ID on me. The bleeding had stopped so we decided we would drive back to Lanjaron, drop the dogs off at home, get my passport and residencia and drive to the hospital in Motril on the coast. We picked up Emma and Jorge in case there were any problems with translation.

So, we get to the hospital, Richard goes off to find somewhere to park, and the 3 of us head into a very modern hospital, so efficient. I was asked for my paperwork and given a sticker to place on me that said ‘Patient’ and Emma was given one saying she was accompanying me. Richard arrived just as we were being ushered through. The boys decided they would wait for us in a bar nearby, expecting not to see us for an hour or two, so Emma and I went through the doors not knowing where to go. We heard a shout from a lady so we entered her room where she took some more details and then took us to another room.

A doctor appeared, I took the home-made bandage off and immediately it started to bleed again. The doctor had a quick look then ran out of the room leaving us wondering what was wrong. He appeared with another doctor and between them they pulled and squeezed my injury, gave it a clean, then started telling me to do various things with my fingers. I was told it was very important to push strongly, one doctor had my hand and the other had my finger (apparently they were putting my finger back where it belonged). Then they cleaned the wound again and applied 5 butterfly stitches and a dressing and taped my fingers together. I was told to sit up and put my arm up against my chest and the doctors left. Whilst all this was going on other doctors kept popping in for a look. The doctor returned and in ‘Spanglish’ told me what to do with my hand and gave me some very strong pain killers. 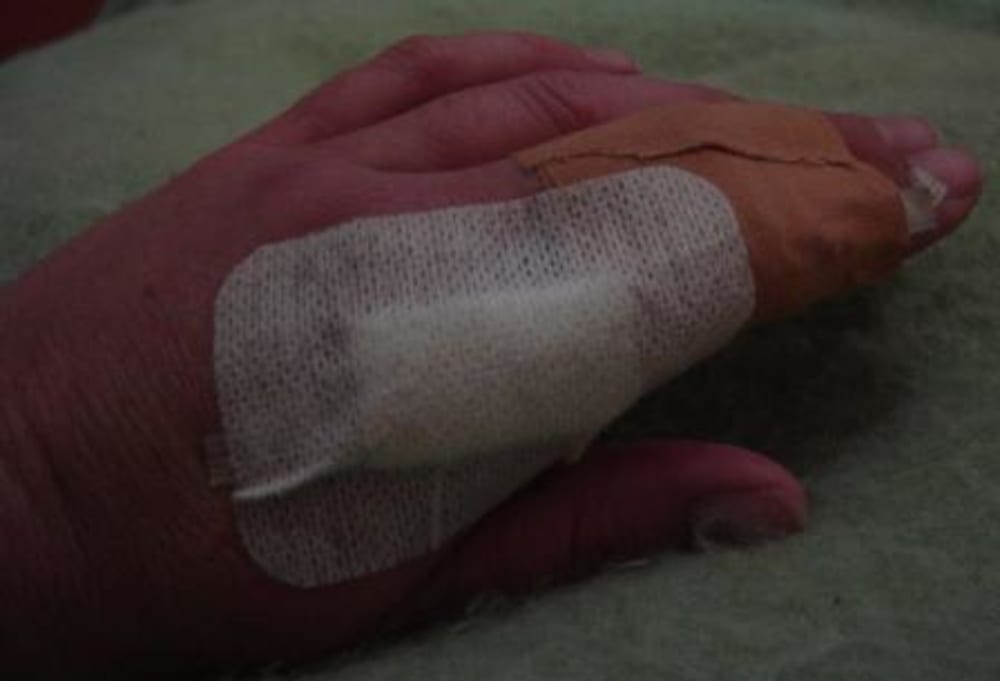 It took about 20 minutes from entering the hospital to being let out again. How fantastic is that? You don’t get that back in the UK.