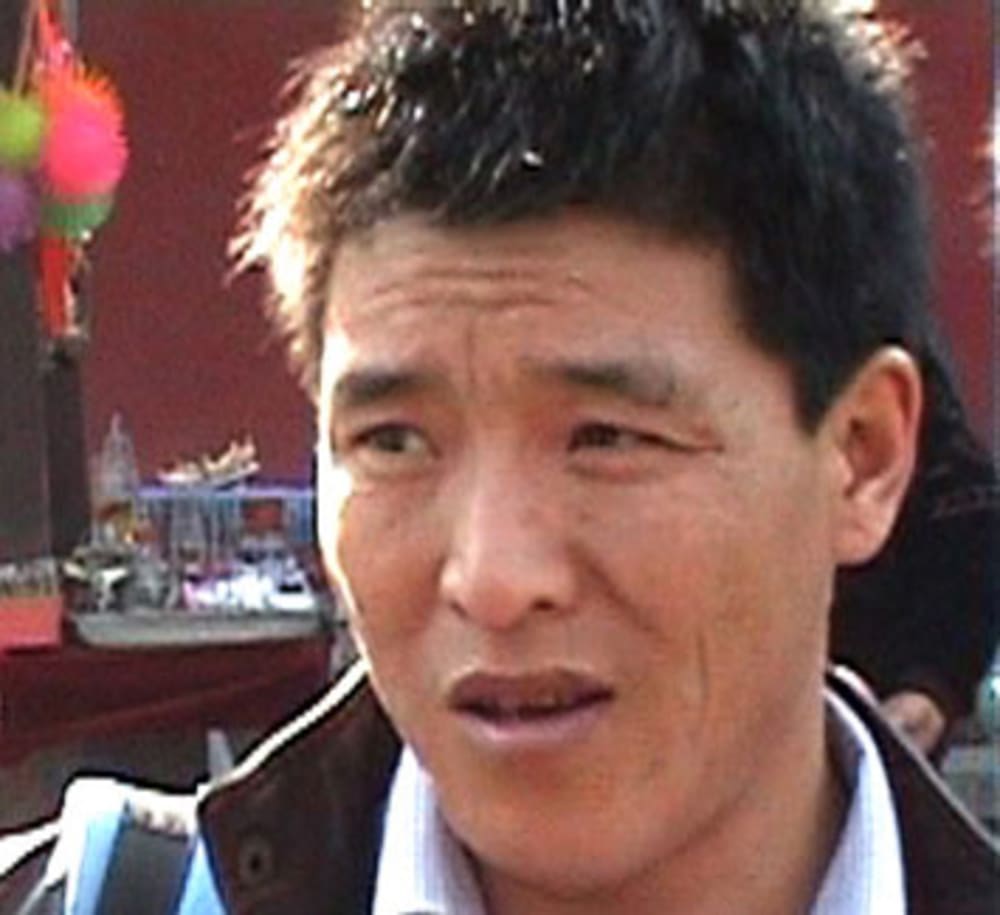 I came upon these headlines today Tibetan filmmaker's documentary lands him in Chinese prison, and so read a little further and this is what I found out.

I came upon these headlines today "Tibetan filmmaker's documentary lands him in Chinese prison", and so read a little further and this is what I found out.

Leaving Fear Behind (in Tibetan, Jigdrel) is a heroic film shot by Tibetans from inside Tibet, who longed to bring Tibetan voices to the Beijing Olympic Games. With the global spotlight on China as it rises to host the XXIX Olympics, Tibetans wish to tell the world of their plight and their heartfelt grievances against Chinese rule. The footage was smuggled out of Tibet under extraordinary circumstances. The filmmakers were detained soon after sending their tapes out, and remain in detention today. In a remarkable coincidence, filming concluded in early March 2008 on the eve of the eruption of unprecedented mass Tibetan protests across the Tibetan plateau. Shot primarily in the eastern provinces of Tibet, the film provides a glimpse into the hearts and minds of the Tibetan people and their longstanding resentment of Chinese policies in Tibet. The filmmakers traversed thousands of miles, asking ordinary Tibetans what they really feel about the Dalai Lama, China, and the Olympic Games. The filmmakers gave their subjects the option of covering their faces, but almost all of the 108 people interviewed agreed to have their faces shown on film, so strong was their desire to express themselves to the world. Excerpts from twenty of the interviews, including a self-recorded interview of the filmmaker himself, are included in the 25 minute film. The footage reveals with stark clarity that Tibetans are frustrated and embittered by the deterioration and marginalization of Tibetan language and culture; the destruction of the lifestyle of Tibetan nomads through Chinese forced settlement policies; the lack of religious freedom and the vilification of the Dalai Lama; and the broken promises made by the Chinese government to improve conditions in Tibet in the run up to the Olympic games. All are united in their reverence for the Dalai Lama and long for him to return, and as some even dream, to attend the Olympic Games. Quotes from interviewees: _“Actually we would be happy about the Games but much is being misrepresented. China was awarded the Games on the condition that the situation in China and Tibet would improve.” “...outsiders may think that the Tibetans are treated very well and that they are happy. But the truth is that Tibetans are not free to speak of their suffering.” 2 of 2 “For every Tibetan, there are ten to fifteen Chinese. The Chinese are everywhere in these Tibetan areas.” “Even if I had to sacrifice my life for this message to be seen by the Dalai Lama, I agree and welcome this chance.” All twenty of the people who appear in the film agreed to have their faces shown on film–at great personal risk. Wangchen reveals that some interviewees “said that we absolutely had to show their faces, otherwise it wasn’t worth speaking to them,” so strong was their desire to counter Beijing’s narrative on Tibet. _ During the precarious filming Dhondup Wangchen worked under the code name Jigme (“Fearless” in Tibetan). His code name, and the bravery of all those associated with this project, inspired the film’s name Jigdrel, which translates to Leaving Fear Behind. Soon after sending out their tapes on March 10, 2008, Dhondup Wangchen and Golog Jigme were arrested. They remain in detention today. Dhondup Wangchen was last seen in detention in Guangsheng Binguan in Xining (Qinghai). Golog Jigme was last seen in a detention center in the town of Lingxia (Gansu). Their tapes were transported to Switzerland, where the final cut was put together by Wangchen’s cousin, Gyaljong Tsetrin. Gyalijong Tsetrin, who escaped from Tibet in 2002, founded Filming For Tibet to produce this film. Im not able to get the link on their website to work to view the documentry but I have managed to find this 5 minute clip on you tube **leaving fear behind**, it makes interesting viewing. If anyone should find the full version please do contact me.