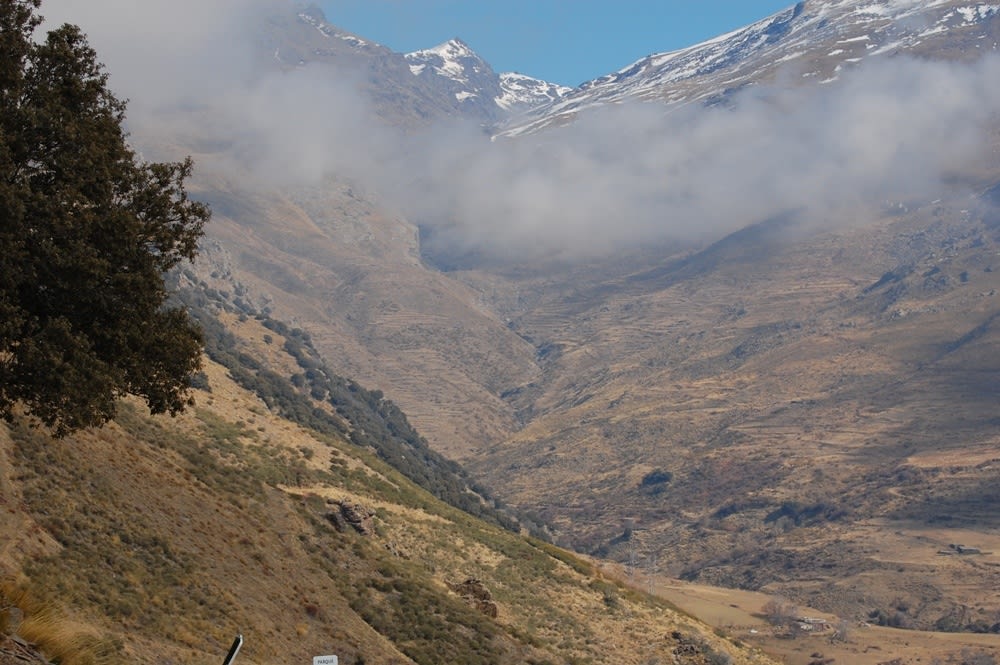 An incredible encounter with Golden Eagles

I had the most amazing Golden Eagle encounters yesterday. I was driving up on the Ventura track to extract some clients who had been on a 4 day winter mountaineering trip in the Sierra Nevada

I had the most amazing Golden Eagle encounters yesterday. I was driving up on the Ventura track to extract some Spanish Highs Mountain Guides clients who had been on a 4 day winter mountaineering trip in the Sierra Nevada. On the drive up a Golden Eagle flew right over the car so close, I stopped the car and took some photos BUT the eagle was in the cloud so I have some great silhouette shots as you can see!!!! 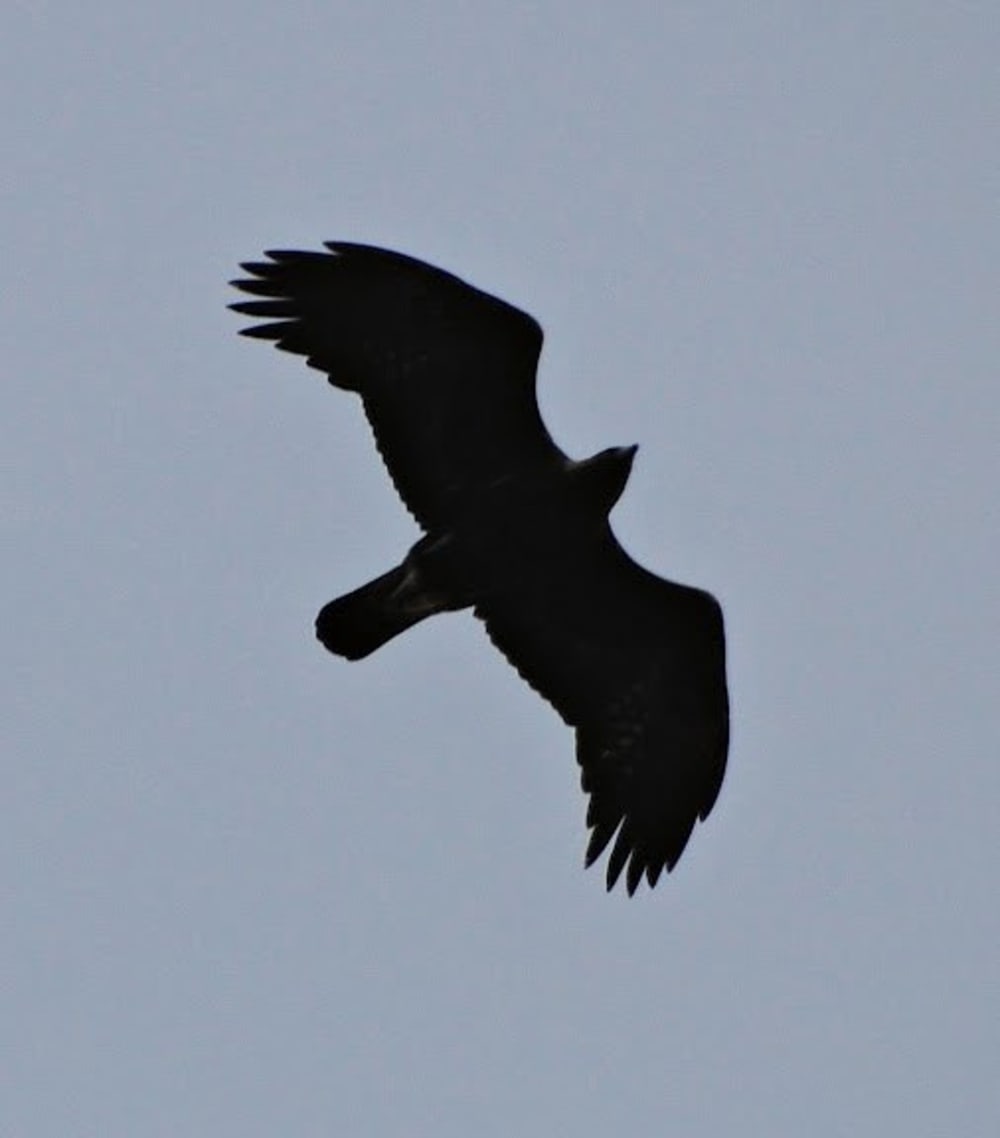 I arrived at the meeting point at 2000m far to early so sat on a rock taking in the view in-between the clouds blowing in and out. All of a sudden 2 Golden Eagles flew up the valley below me, I managed to grab some photos of them but they were a long way off and it was not great light. 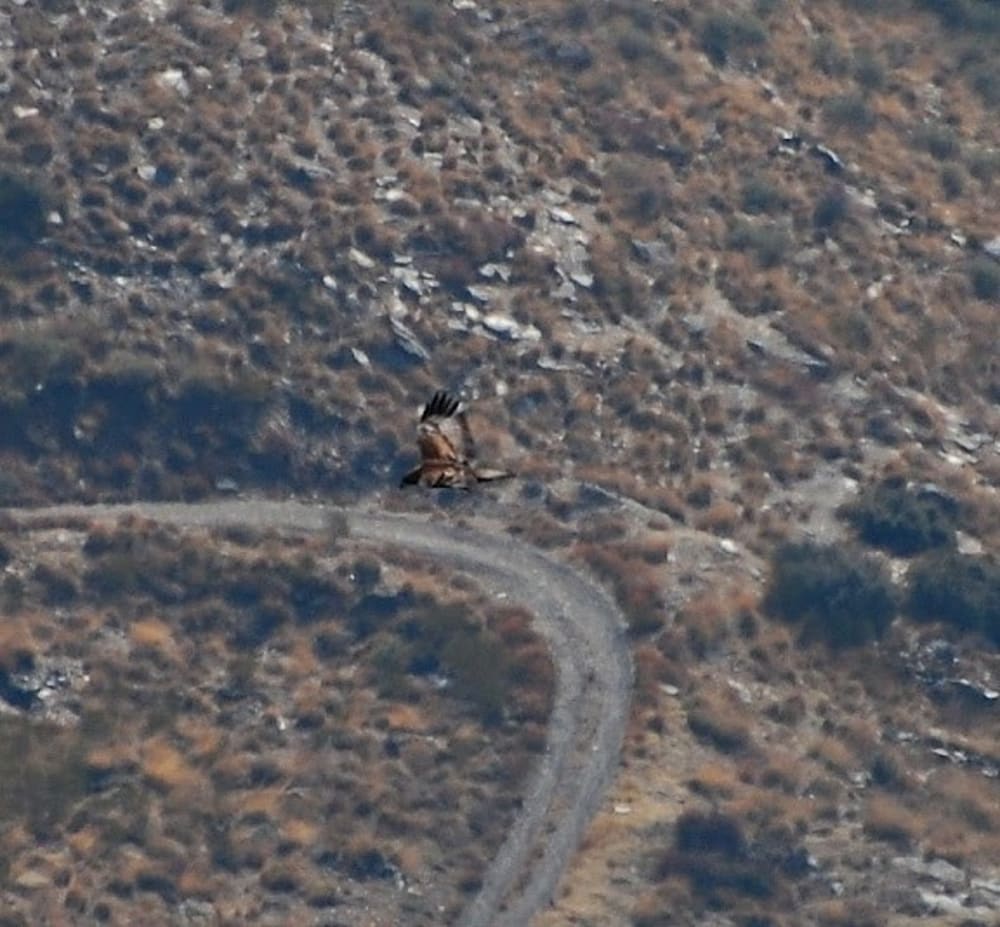 Then an hour or so later (told you I got to the meeting point to early), in came the cloud. Its quite spooky when your at 2000m on your own in the cloud, your mind starts to play games with you. 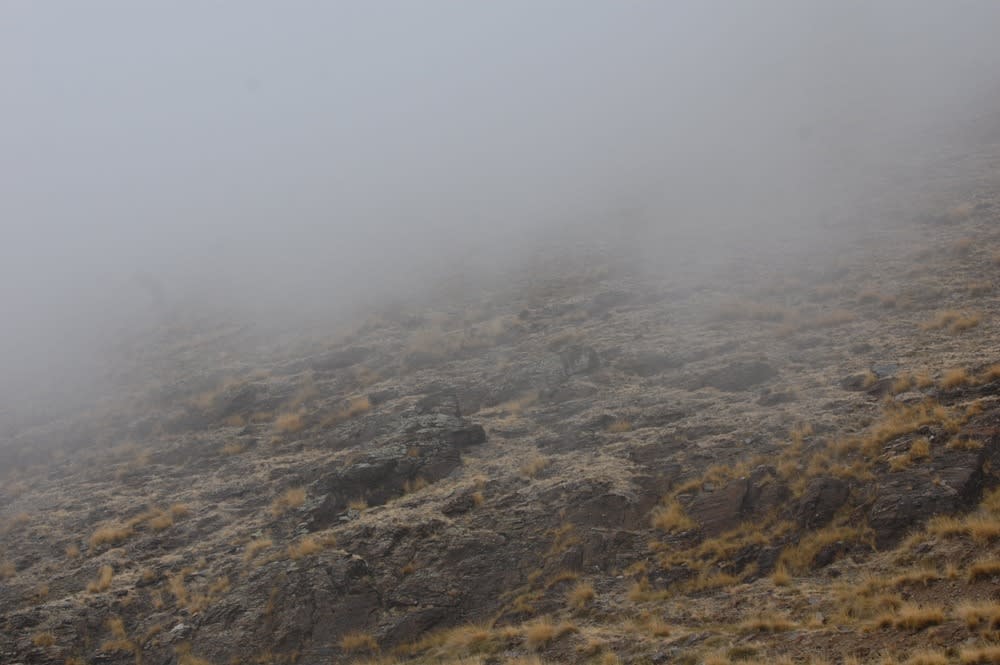 I heard a really strange noise. My brain was trying to recognise what the noise was. First of all I thought it was like a freaky mini tornado or similar but could see no vegetation moving, then my logic (yes ok its time I was locked away) told me it was an areoplane with no engines falling out the sky (it was that loud). 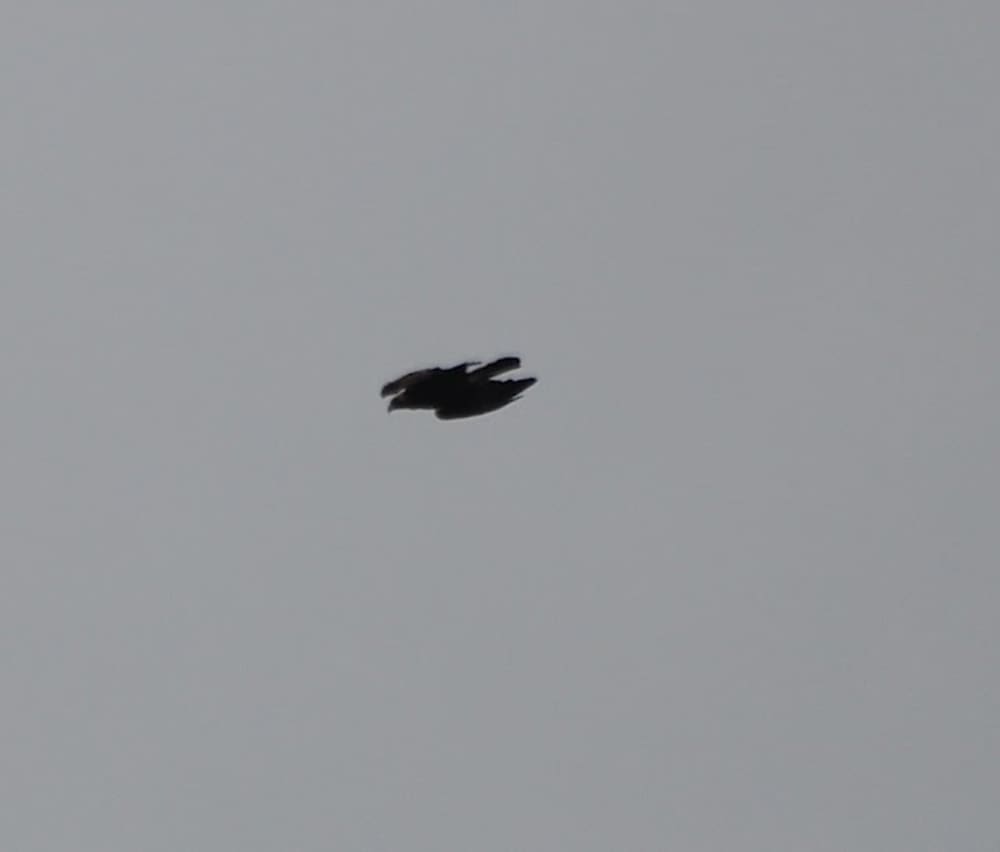 But then one of the eagles appeared out of the clouds, which cleared up the mystery for me. It slammed the breaks on and shot off vertically up into the clouds (like an RAF Harrier plane). I know there were 2 eagles there although I didnt see the first one because it didnt drop below cloud level I certainly heard it. I managed to snap the one photo. It was the most awesome moment i've had, the noise was incredible. Just a shame all of these sightings were in the clouds which has meant poor photos, but the experience was amazing. Ive no idea what the eagles were up to, to me they seemed to be having great fun dashing around in the cloud and scaring the life out of me.

Gus: Wow, Kiersten!!! i would have loved being there with you!!! amazing experience indeed!! awesome creatures, eagles...i bet they were laughing at you, jajaja :))) Thank you for the story and the pictures, i enjoyed them very much! Kisses Gus